There was a time when Hollywood was forced to make original movies because it had no choice.  A time when the math equation was as simple as X + Y = Z.  Somewhere down the line, the “powers that be” came to the conclusion that if you added more numbers to the equation (re-makes, sequels, re-boots), the end result would be more profitable.  Today, the equation looks something like, L(2) + Ax3 – [M20 (E x 120)] / 2,300,455,000 = Platinum Dunes’ underwhelming remake of the week.  Hollywood needs to open its eyes or ears, because there is an untapped gold mine called Charlie Sheen, who, in the midst of his current, very public breakdown,  is handing out A-list movie ideas for free.  So I’d like to introduce a new math equation, Charlie Sheen + crazy ramblings + movie = Avatar money.  Here are The Misflix Top 6 Bad Movie Ideas Taken from Charlie Sheen Quotes.

1.  X-Treme Sheen – “He works for the Pope, and he murders people.  He is a high priest, Vatican assassin warlock.  Boom.”

2.  Charlie’s Angel – “He was special.  He was disease free.  He could cure things with his mind.  And he will never be you.”

4.  Sheen and Sober – “The only thing he’s addicted to is winning.”

6.  The Deepest Sheen – “He’s not Thomas Jefferson, because he was a pussy.”

Not only would Charlie Sheen’s “Men at Work” become his most ironic movie title ever, but it will soon stand as a perfect example of life imitating art and possibly forecast Charlie’s potential work prospects after dissing Les Moonves. 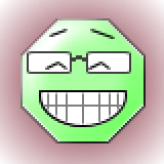 I’m a Program From a User That Knows Alan, Man.
STAY PUFT