Where Are They Now? Johnny 5 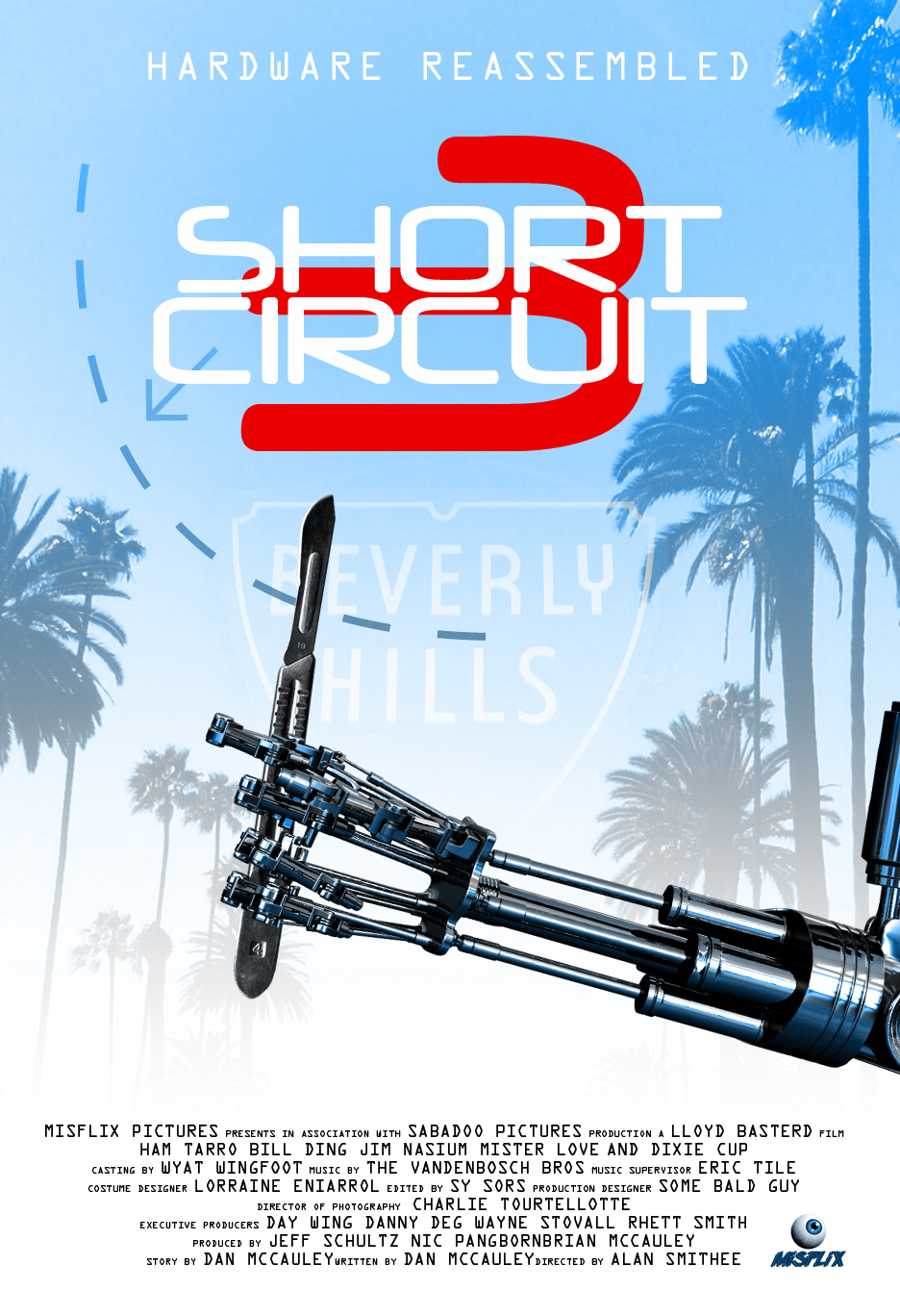 After Johnny 5 became a U.S. citizen, he did what every American would do and filed a civil lawsuit for punitive damages against the thieves that viciously attacked him in New York City.  Judge Judy ordered the defendants to pay $250,000 for medical bills and mental anguish.

To escape a painful past, Johnny 5 moved across the country to the sunny city of Beverly Hills, California.  Six months later Johnny 5 found that he couldn’t outrun his demons and found himself becoming anxious in public places.  It started preventing him from enjoying his favorite hobby, chasing grasshoppers.  A friend  referred him to a robot therapist, Dr. Theopolis, who quickly diagnosed him with PTSD, or Post-Traumatic Stress Disorder.  With synthetic lubricants and intense psycho-therapy, Dr. Theopolis was able to reduce Johnny 5’s anxiety.

Despite the successful treatment, the scars were deep, and every time he looked in the mirror he only saw, “disassembled.”  Johnny 5 became obsessed with perfection and maintaining his pristine gold coat of paint.  Due to constant car accidents caused by L.A. drivers texting their friends that they are going to be late, Johnny 5 needed large amounts of gold to fix the damaged paint.  So with the remaining amount of money he acquired from the lawsuit, he created Cash4gold.com.

The site became a huge success bringing in millions of dollars and providing him with all the gold he needed to maintain his false sense of beauty, but Johnny 5 still felt that his data was incomplete.  After a weekend marathon of FX’s Nip/Tuck, and a pint of chocolate Haagen-Dazs ice-cream, Johnny 5 came up with an idea that would fill that void-opening a plastic surgery practice for robots.  And since it was for robots, the only certification required to open it would be from a weekend course at ITT Technical Institute.

Today Johnny 5 runs the most successful software and hardware surgery practice for robots on the West Coast.  Robots fly from all over the world to seek out his expert advice.  Such famous robots as C-3PO, Bumblebee and Piper Pinwheeler are clients of Johnny 5.

Johnny 5 recently said in an interview, “No matter how much pain you are in, or how much you are suffering, the best solution is to cover your demons in gold.  At least then, they are worth something.”