Pardon Me, El Rushbo, But I Have A Back Issue To Take Up Here…

“Have you heard this new movie, the Batman movie, what is it, The Dark Knight Lights Up or whatever the name is.  That’s right, Dark Knight Rises. Lights Up, same thing.  Do you know the name of the villain in this movie?  Bane.  The villain in The Dark Knight Rises is named Bane, B-a-n-e.  What is the name of the venture capital firm that Romney ran and around which there’s now this make-believe controversy?  Bain.  The movie has been in the works for a long time.  The release date’s been known, summer 2012 for a long time.  Do you think that it is accidental that the name of the really vicious fire breathing four eyed whatever it is villain in this movie is named Bane?” – Rush Limbaugh

I am writing you in regard to your weighing in on the Bane & Bain flap.

Rush, I have to tell you I think that either you are bored with the summer news and are really reaching for something to talk about or you are getting a check from Warner Bros for giving publicity to a film that they have a great deal riding on.

The Bane & Bain analogy is the product of an unenlightened mind(s).  Rush, almost 20 years ago the Batman comic book franchise was looking for a new draw to trick readers into buying their comic.  Comic book creators Chuck Dixon, Doug Moench, and Graham Nolan created Bane to hype their books, run through the titles, and drum up sales.

Christopher Nolan, the director of the Batman series, began working on these films maybe a dozen years ago.  To this writer it has appeared Nolan has taken some of the largest Batman comic book moments from the last 25 or so years and mixed them together in his films – and among those ideas is the Bane story.

Rush, I think that Nolan is an innovative story teller and he has done a decent job with the Batman films.  However, do you really think he has been sitting and planning on using Bane for years on the chance that Romney may ascend to the nomination in 2012 and it would all be a clever attack plan?  Do you really think that Nolan has enough freedom to put hundreds of millions of Warner Bros dollars into this clever slam on Romney?  Or are you just creating a story line much like Dixon, Moench, and either Nolan would do with Bane? 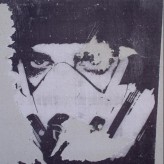