Where Are They Now – The Breakfast Club

March 24, 1984.  Theirs was the letter that rocked Shermer High.  When it was delivered from Carl the Janitor’s hands to the school paper’s inbox, I did not even know the movement I would create by publishing it.

But where are these rebel-rousers now?   This band of diverse brothers?   Well, it took some digging, but I’ve found them.  The whole Breakfast Club.

Andrew surprised everyone at Shermer when he started dating class anti-hipster Allison Reynolds.  But when he went off to Lehigh University on a wrestling scholarship, they broke up.  Today, Andrew has a wife, Cheryl, and three daughters.  He lives back in Shermer where he sells cars and is a part-time assistant football coach at Shermer High School.  All of his daughters have boys’ names (Brett, Alex and Dylan).  They never amounted to much in the sports world but are all currently trying to give their father grandsons.

It would probably please everyone to know that Brian went onto an ivy league college where he majored in computer sciences and dated a sorority girl named Shawna who had a thing for nerds.  In fact, Brian still dates sorority girls, even though he is now old enough to be a father to them.  He resides in northern California where he retired young, after earning a fortune during the dot-com bubble in the mid-90s.  He also owns a house in the south of France. Because he can.

Bender made a go of it at Shermer’s local community college but found far more success when he accidentally invented a collapsible travel bong.  He sold his invention and company for a small fortune a few years thereafter and married his high school crush, Claire Standish.  The pair has divorced twice and just recently married for the third time.  They have one son who, thankfully, did not go through high school the way John did.

Claire’s heart will always belong to John Bender, the rebel who rescued her from snobbery in high school.  Though they finished off high school meeting secretly after school and on weekends, they stayed together while she attended a state college, and got married after graduation.  She founded a boutique PR agency for local businesses but eventually gave it up to be a full-time lifestyle blogger.  Currently her blog is focused on couples who get divorced and re-married. A lot. Their son, Andy, named for John’s first best man, Andrew Clark, thinks his parents are crazy.

After a drastic makeover and getting involved with school jock, Andy Clark, Allison was almost as popular as classmate Claire Standish.  But when Andy, broke up with her and went off to college, she retreated back to her heavy black clothing and dismal attitude.  She transferred to Sarah Lawrence during her sophomore year and soon after came out of the closet.  She moved in with her first girlfriend after their second date and the pair currently resides in Manhattan’s west village.  They are both art history professors at NYU and have a very angry cat named Bender.

Carl would never know how he changed our student body when he found a crumpled letter in the library trash.  He would never know because soon after he handed it over to the school paper, he disappeared.  He resurfaced briefly in 2002 – he was spotted in a popular Shermer Italian restaurant tossing back several glasses of chianti – and then went off the map yet again, possibly for good.

To his credit, Mr. Vernon stuck it out at Shermer High a good five years more following the great uprising of 1984.  But soon it became quite clear that Principal Vernon was becoming unhinged. Spending far too much time in the basement files, muttering to himself, and unbuttoning his shirts just one more button, nauseating much of the student body. He retired before the fall semester began in 1990 and moved to Boca Raton, where he tried, rather unsuccessfully, to relax. He died of a heart attacked in 1996. Andy, Brian, Allison, Claire, John and I were all at his funeral. 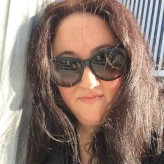