Beauty and the Beast Was Beautiful

Nostalgia is a tragically beautiful thing, and no surprise here, Disney is the master and creator. They consume your childhood with songs, characters and quotes that you can’t help but want more of….until they give you more years later and you wonder why in God’s name they did it. Live action Cinderella? Why Disney? I either need the swooning melodies of Rogers and Hammerstein or high pitched mice dressmakers. I got neither and wanted my 2 hours back. So you can imagine how unbelievably nervous, yet uncontrollably excited, I was for Beauty and the Beast. I’ve been perfecting my one-woman performance of ‘Belle (Bonjour)’ since I was 6 years old, years before Emma Watson. I kept thinking, should I give in to the risk of utter disappointment or stay in the bubble of the most perfect Disney film of my childhood? I gave in, and of course not without its flaws, I’m happy to say Beauty and the Beast is no Cinderella.

I attended the screening with 2 friends. The first, like me, had her own perfected performance of ‘Belle’ from a very young age. The second, had never seen the original, and although a die-hard Disney fan, never gave it much credit or attention. (I know what you’re thinking, and no I don’t know how that’s possible, but let’s stay in the moment). The important thing? As the final credits rolled, we were all thankful there was time before brunch to touch up the make-up that had been violently washed away in the tearfest that was live-action Beauty and the Beast.

The new (I refuse to say improved due to loyalty) version, told a larger and more inclusive story. The cursed furniture, in addition to its superb comedic relief and charming exposition, had their own stories and emotion. The extra moment this film took to show the permanent turn into antiques before magically being saved had me reliving Mufasa’s death all over again. Chip and Mrs. Potts were inseparable, where was he when she needed to say goodbye!?!?! We also learned more about the past of both Belle and the Beast, which the three of us had varying opinions on. The plague? Was that necessary? If you are the kind of person who needs to know where Belle’s mother is, or why her father brought her to this small provincial town, or what painful past she could have in common with a scary hairy beast to develop feelings for him; then yes maybe this story-line works for you. It sure did for my second friend! If you are like me and just want Lumiere to keep giving Cogsworth anxiety attacks with his antics in between song and dance, then you can do without.

​New songs: a risk that was not paid off well. I found every added song to be unnecessary and ​boring. However, as the Beast climbed to the top of the tower belting to the dark and brooding sky that Bell would never leave his heart, my second friend was blubbering like a baby. A bit melodramatic in my opinion, but to each his own.

How was Emma Watson you ask? Friend one was nervous because her voice sounded like utter crap in the trailers. Friend two was nervous because, why was Hermione Granger playing Belle? I was nervous because I don’t like the way she pronounces a lot of her words and it was going to make it difficult for me to sing along. In the end, the one thing all three of us agreed on was: EMMA WATSON SLAYED!!! SHE. GAVE. US. LIFE. The only thing that may have lit up our insides more was Be Our Guest. They took an already elaborate musical number and stretched it to every corner of possibility they could take it. For the foreseeable future, when someone tells me to think happy thoughts, that is where I will travel.

Disney’s first gay character? Hmmmm, how much credit am I supposed to give here? Was there a small moment that made my friend next to me scream “YAAAAAAS!” followed shortly by another small moment that made him go “OMG YES!”? Yes there was. But was it worth Disney patting themselves on the back, announcing what big steps they are taking, and boycotts from idiots? No, not really.

So although I wasn’t a huge fan of any of the additions, I didn’t HATE any of them and most importantly, everything I wanted them to do right, they did. With a few things over looked, it was everything I needed and wanted it to be and more. Disney strikes again!!

P.S. Josh Gad can do no wrong and my heart just felt all warm inside seeing Kevine Kline as Maurice.

Megan Grogan is a writer and producer currently working on the webseries ‘Hermione Granger and the Quarter Life Crisis’. www.hermioneseries.com 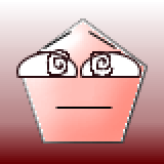