Where Are They Now? King Ralph 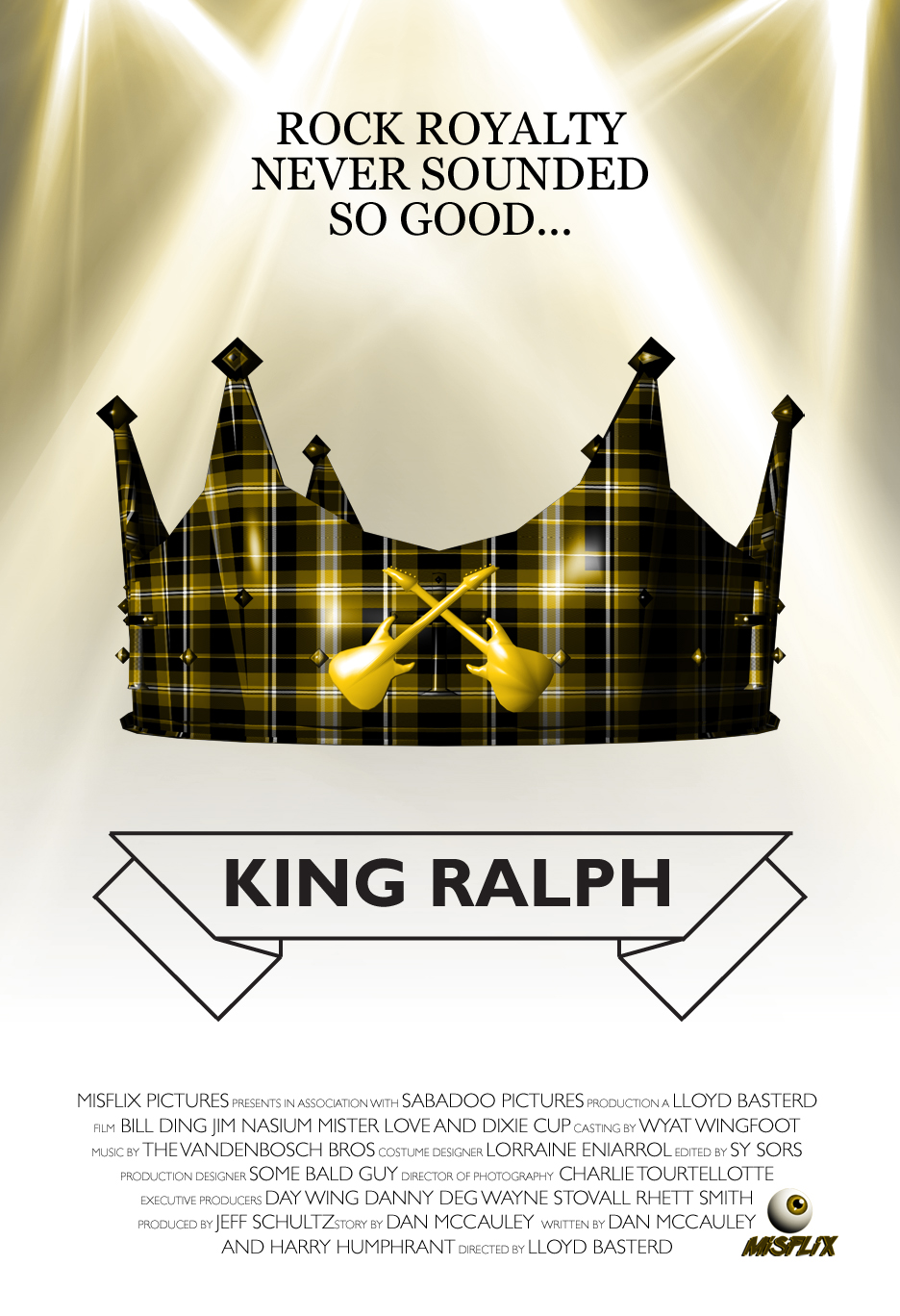 Ralph Jones Sr. formed a band, The Ralph-coneurs, with his four sons, Ralph II, Ralph III, Ralph IV, and Ralph V.  Their first single, “Wearing A Flannel Shirt in the Summer Will Make You Sweat,” reached the number 67th spot on the Blues-Alternative chart.

Their second single, “Wearing a Flannel Shirt While Working Out Will Make You Sweat,” was not as successful.  It debuted on the charts at 176.

Their third single, “Flannel Shirts For Flan,” didn't break the top 200.  Spin magazine called it, “The worst single ever released by a band.”

Pressure from the record label for another hit single caused serious strain between the family.  In 1995, after a gig at Chuck E. Cheese the pent up anger finally exploded in a fight over the design for their new lunchbox line.   The next morning the band broke up, and they went their separate ways.

On May 13, 1996, David Lee Roth and the Jones sons formed a new band, Sons of a Stripper.   On May 14, 1996, the band broke up after David Lee Roth got a better offer to reunite with Van Halen.  The brothers set up auditions for new singers, but couldn’t find one that had the same chemistry that they had with David.  The band dismantled, and the brothers went their separate ways again.

Ralph Sr. released a spoken word album entitled, King No More: The Journey From Royalty To Ruins, which was about his relationship with his children.  In 2003, he received a Grammy nomination for Best Spoken Word Album.  However, even though he enjoyed the attention he was receiving from the public, he missed his four sons.  He extended an olive branch in the form of money.  They quickly accepted, and the damage that was done to the family so many years ago was instantly healed, disproving Biggie Smalls theory, “the more money you come across, the more problems you see.”

In 2009, Deadmau5 remixed, “Wearing A Flannel Shirt in the Summer Will Make You Sweat,” for his album, Songs About Clothes.  It became one the most downloaded singles on iTunes that year.

With a rising demand from their fans, The Ralph-coneurs went back into the studio after 18 years and recorded, “Wearing A Flannel Shirt in the Summer Will Make You Sweat (Part 2).”

In 2011, Ralph Sr. came full circle and found himself back in front of the British Royal Family. As requested by the wedding party, Prince William and Catherine Middleton, Ralph Sr. sang, “Rock Royalty Never Sounded So Good,” for their first dance as husband and wife.

Misflixathon May 2 – May 8
Bunraku Unofficial Trailer