So, like my uncle told me I should get a job. That I should start building my resume but he doesn’t realize I have 500 followers on Twitter. That’s better than any resume because I influence.

I’m not really sure what he wants me to do. He told me that back in the day movie theaters used to do double features and that I should start off with something simple like suggesting two movies. The problem is, I don’t watch movies. I spend most of my time watching YouTube and Twitch. He said that it’s safe to suggest historical movies or kid friendly movies. Granted, I’ve never seen these movies BUT Shia and Denzel are on point.

Oh this is too much writing. So here’s the Wiki post about it:

Glory is a 1989 American war film directed by Edward Zwick about the 54th Massachusetts Infantry Regiment, the Union Army‘s second African-American regiment in the American Civil War. It stars Matthew Broderick as Colonel Robert Gould Shaw, the regiment’s commanding officer, and Denzel Washington, Cary Elwes, and Morgan Freeman as fictional members of the 54th. The screenplay by Kevin Jarre was based on the books Lay This Laurel by Lincoln Kirstein and One Gallant Rush by Peter Burchard, and the personal letters of Shaw. The film depicts the soldiers of the 54th from the formation of their regiment to their heroic actions at the Second Battle of Fort Wagner.

Seriously, he expects me to write all of this? Thanks, someone else. Wiki –

Holes is a 2003 American adventure comedy-drama film directed by Andrew Davis, and based on the 1998 novel of the same nameby Louis Sachar (who also wrote the screenplay).

Holes was released in the United States on April 18, 2003, and earned $71.4 million worldwide.[1] It was later released on DVD and VHS on September 23, 2003, by Buena Vista Home Entertainment and Walt Disney Home Entertainment. The film is dedicated to Scott Plank, who died in a car accident six months before the film’s release.

So, please show some love and check out my suggestions. Of course, it’s meant to watch back to back. He also told me to make a poster for this so let me know what you think in the comments below. 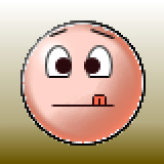