Star Wars: Rise of Skywalker – I Don’t Know What I Watched

EDITOR’S NOTE – I have not watched the movie nor have I read this post for fear of spoiling. If you have been working as hard as I have to prevent spoilers…don’t read.

Star Wars The Rise Of Skywalker hits all the right notes and yet..the song kinda sucks?

Packed to the brim with beat after beat of “hey remember that one thing that happened that one time in that one movie?” if you’re a fan of nostalgia, and who isn’t, you’re gonna LOVE this movie. If you’re a fan of movies that make sense the whole time, you might have some qualms.

It’s hard to pinpoint the exact feeling I have walking out of Skywalker. I’m a fan of the franchise, but I couldn’t pass a quiz beyond a beginner’s level.  Some would label that as “casual” I enjoy the films, quite a bit, but I don’t retain the knowledge necessary to ooh and ahh at every cameo or trinket appearance on film. Often times I felt lost, like I SHOULD know what that thing was that caused people to hold their breath, and elbow each other in a shared experience they were all having that I wasn’t a part of, but I didn’t always. Oh look a porg, I may or may not have said depending on whether or not seeing a porg or not seeing a porg is considered a spoiler.

But I was wrong about one thing; I wasn’t alone. The friend who attended the screening with me felt the same way. A little thrown into a plot without a paddle as things happen with zero explanation, that I’ve come to expect a certain degree of from these films, but for somebody who’s super into the franchise to walk out confused and agitated at the NUMBER of unanswered questions in the 2 hours and 30 minutes of a film that felt equal parts too long and, yet, rushed, makes me feel comfortable to say I have no idea who this film was for. The casual fan will be confused. The superfans will be agitated. Maybe it’s for twitter and they just didn’t want Twitter to be mad at them anymore which..oh they will be. I can’t imagine a film this aggressively mediocre and transparently fan serviced will be received with universal praise. It will be divisive at best and completely dragged at worse.

It’s probably notable that JJ Abrams started this with The Force Awakens, took a break, and finished it with The Rise Of Skywalker. It felt like, to quote my friend, a film was missing in between The Last Jedi and Skywalker–it’s very possible JJ Abrams just made the third film he always intended to make without having ever viewed the second film of the series and felt just fine breezing over major, major plot points. There’s zero cohesion between these films. And this is coming from somebody who was a fan of The Last Jedi, something I was surprised to find was not a popular opinion when the movie came out two years ago. (You’re all going to be wishing for Rian Johnson now, ungrateful nerds. Knives Out is a much, much, much, much better film than what I just saw.  )

I also was a fan of the much maligned Solo, because at least Solo was fun. If I had to name one thing missing from this film, that would be the word–fun. Nobody in this film is having any fun. It’s dour, it’s serious, the jokes are there but they all feel shoe-horned in. The third act is plenty action packed, sure, but it’s also space chaos that’s hard to track.

It might be an intentional play on Disney’s part to largely both ignore the last Jedi while also going out of its way sometimes to erase its plot devices completely. Most egregiously that includes  the wonderful Kelly Tran who was largely sidelined for most of the movie that desperately could’ve used some of her charm. She is barely an afterthought of this movie, and the chemistry she shared with John Boyega’s Finn is given not one second of payoff.  J.J. Abrams penchant for including cast members of his TV shows include two cameos this time that I’m pretty sure quite literally had more to do and more screen time than Tran. Such a damn shame considering what a bright spot she was in Last Jedi, and just another example of how deeply misguided this movie feels in trying SO HARD to make a movie “for the fans.”

The performances were mostly fine…some felt a lot more phoned in than others (cough Adam driver cough). It should also be mentioned there just wasn’t a whole lot for them to do. John Boyega screams the word “rey” a bunch?  Yay? The person with the meatiest role was Adam Driver and he’s the one who clearly wanted to be there the least. There’s genuinely sweet moments and surprises that I didn’t see coming. But not enough to offset the baffling choices made throughout that left us feeling a little hollow. It’s a bummer this is the note the franchise ends on, because in the end, it just didn’t feel justified in starting this whole thing up again in the first place.

Then again, Return of the Jedi ended a little weird, maybe these things just end a little weird…oh no, is that okay to say? What’s a level below a casual fan?

(I should note here that apparently, according to one tweet,  it’s important to watch the latest episode of Mandalorian before seeing this movie and now my head might explode.) 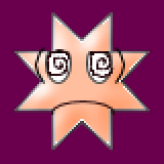